If you believe in healthy eating, you are a bigoted, intolerant American, say leftist professors 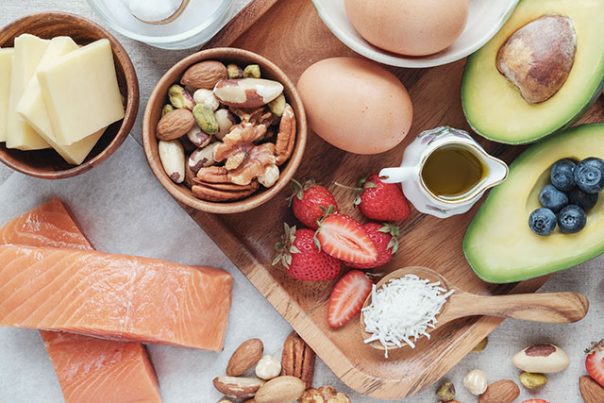 Just when you thought that there was nothing left for liberals to politicize, along comes a pair of feminist sisters and college professors who say that the concept of “healthy eating” is essentially racist, stemming from primarily white, “Western values” that are culturally centered around athletic performance, longevity, and being thin – concepts that apparently not everybody in the world cares about.

Allison Hayes-Conroy, a professor at Temple University in Philadelphia, and her sister Jessica Hayes-Conroy, an instructor of “Feminist Health” at a small college in Upstate New York, recently wrote a book that outlines their theory that “healthy eating” is a subject concept that differs from culture to culture. Mainstream nutrition science, they claim, is based upon “elite, white, and educated modes of thinking” that simply aren’t universal.

To claim that nutrition science is neutral, in other words, it to perpetuate error, they insist. Calls for healthy eating “are never purely factual,” in their opinion, and largely “remain embedded in contemporary culture and politics.” “Countless recent studies offer insight into weight loss, longevity, or athletic performance – all predominant Western values,” the Hayes-Conroys argue.

One of the things about nutrition research that triggers the Hayes-Conroys is what they perceive as a careless attitude about the plight of agriculture workers, many of whom are illegal immigrants from south of the border. They point to an ongoing boycott at Driscoll farms, a large-scale supplier of domestic strawberries, as one prominent example.

“As we write this, a strawberry boycott is ongoing, protesting the treatment of Driscoll farmworkers,” they explain. “And yet it is rare, in the myriad calls for eating fresh fruits and vegetables, to see strikes and boycotts mentioned in the same breath as ‘healthy.'”

They also point to differences in nutrition advice both pre- and post-World War II. Before the war, eating well meant “eating economically and knowing exactly how many calories different bodies needed, based on occupation, gender, age, and more.” But during the war, it was all about people eating “foods that would give workers stamina, and thus help win the war.”

So what about the recent resurgence of “back to nature” eating, and the gradual societal shift away from processed, refined foods? Surely this is a universally positive change that makes the Hayes-Conroy sisters happy, right? Wrong. So-called “clean” eating is another symptom of Western dominance in the area of nutrition, they say.

Even farmers markets are problematic, as they represent “spaces of whiteness” that apparently exclude people of differing skin colors. There’s nothing good about anything relating to healthy food in the West – unless, of course, it’s being propagated by “immigrants” and “people of color,” which the Hayes-Conroy sisters are quick to embrace as aligning with their feminist ideals.

In order to adopt an ethos of “doing nutrition differently” in the way that they would like, the Hayes-Conroys suggest that “radical non-judgement” is the first step. What they mean by this is “letting go of the belief that there is one right way to eat well, and instead accepting that bodily nourishment is complex – scientifically, culturally, and socially.”

In other words, if one group of people feels as though eating Twinkies and drinking Mountain Dew for breakfast every day is healthy, then they are correct. If another group prefers vegetables, then they are also correct. In a “radical non-judgement” paradigm, nobody can be wrong, so just do whatever feels right!

It’s the embodiment of the bizarre doctrine of leftism, taking an “anything goes” approach to pretty much everything – just so long as “anything” doesn’t involve someone claiming that his or her way is the only right way. This is where leftist “tolerance” ends.