Why Leftists hate real history: One-fourth of “lynchings” were of WHITE people 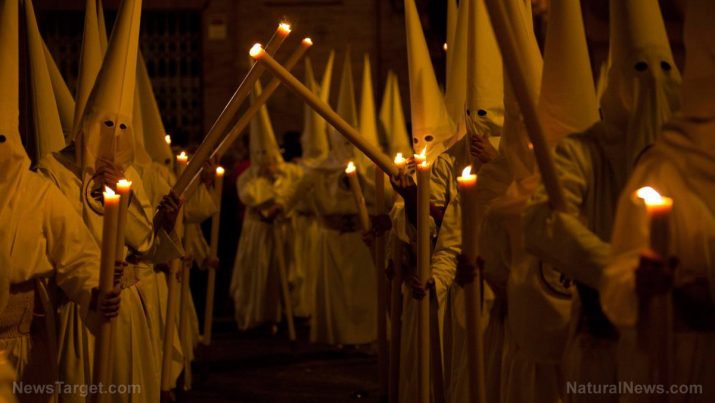 They were a favorite back around the time the Civil War ended up through the Jim Crow era. Many times they were carried out by the Ku Klux Klan, which was started by defeated Democrats in the South and embraced by the Democratic Party throughout the latter part of the 19th and into the 20th centuries. Heck, even one of the Democratic Party’s modern “icons,” now-deceased Sen. Robert Byrd of West Virginia was, at one time, an “Exalted Cyclops” — a chapter leader — who recruited 150 of his friends to join him in the 1950s.

Nowadays, Democrats appear to have changed their tune. They claim to love minorities and will do anything — such as lie about lynchings — in order to swindle political power.

As noted by Matthew Vadum at FrontPage Magazine:

Lynchings were carried out in an atmosphere of mass hysteria where enraged individuals acted to eliminate the perceived risk that a guilty person might go unpunished. If the black lynching victim was alleged to have wronged a white person, race-hatred and resentment could be – and in many cases, was – whipped up to a frenzy to ensure the atrocity was completed.

Of course, there is no denying that many lynchings were carried out by racist whites who simply hated black people — and no one is seriously trying to deny that.

But, as Vadum notes further, “the notion that most lynchings were carried out by racist whites who randomly snatched black people off the streets and murdered them belongs in the trash with the current accusation that police have declared open season on unarmed black men.”

In recent days, Vadum writes, FrontPage Magazine founder and former radical Leftist David Horowitz has been attacked (online, of course) by “tolerant” liberals because he objects to Democrats’ cynical exploitation of a bad period in our nation’s history for political gain.

Anyone who has even a passing familiarity with our nation’s history knows about slavery, knows about whites being racist, and knows that black people were not considered full American citizens until the 1950s and 1960s during the civil rights era. But anyone who is equally familiar with politics knows that today’s Democratic Party is rife with opportunists who use every means possible to divide us as a means of gaining power and influence.

Democrats divide us by socioeconomic status, by religion, by gender, and by race.

All Horowitz is attempting to do is introduce some accuracy in Democrats’ version of the truth when it comes to the subject of lynching. He’s not defending the practice, mind you — no one in their right mind would — he’s simply saying that research indicates “not all victims of lynching were black and that those lynched typically were accused of serious crimes,” Vadum writes. (Related: White Privilege is a hoax, taught to children in corrupt school systems.)

Well, you can’t say such things in today’s hyper-charged, hyper-emotional, hyper-racial environment (all of which is due to Democratic demonization).

Horowitz also isn’t saying that all lynching victims were guilty or that any of them deserved to be brutalized by an angry mob. However, as Vadum noted, these days it’s “heresy to point out that almost a third of lynching victims were white, and that the practice originated as a form of rough frontier justice, conducted by mobs impatient with due process and the slow progress of the legal system.”

Tuskegee University, for instance, found in a study that between 1882 and 1964, there were a total of 4,745 lynchings; of those, 3,446 were blacks and 1,299 of them were white. In fact, in the earliest years of the study, more whites than blacks were being lynched each year.

But as far as Democrats are concerned, we’re not allowed to speak this truth, nor are we permitted to remind the country that back in those days, most people doing the lynching were Democrats.

J.D. Heyes is also editor-in-chief of The National Sentinel.