The mainstream media is POISONING America 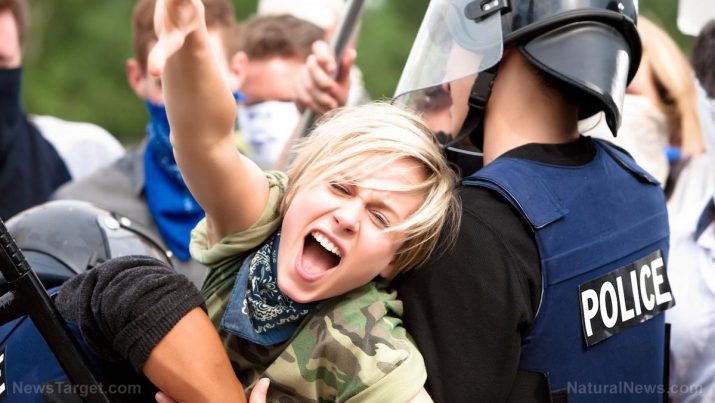 You can’t turn on the news these days without seeing social unrest rising across the country. Just take a look at what happened in Charlottesville. These conflicts are growing and becoming more dangerous, and it can only get worse from here.

The mainstream media is doing its best to poison America, stoking the fires of hatred through exaggeration and distortion. These days, it doesn’t take much to get labeled a racist. All you have to do is be white, male, Christian, and straight. Perhaps you voted for Trump, you’re not a fan of affirmative action, or you’re not immediately joining the call for all Confederate statues to be razed to the ground. People with any of these qualities are increasingly being accused of being hateful and intolerant, and the media is helping the process along.

Yes, that’s right. He wrote: “Over the past century, liberalism, vexed by an ever-sharp, ever-cutting white supremacy, has needed these rocks. …

“Segregationists have again assumed their pedestals in the Justice Department, the White House and many other American temples. Paper alone won’t drive them out. Start throwing rocks.”

Ask yourself why such a major news outlet would be willing to publish an article that calls for more violence when there is already too much of it.

University of Arkansas Professor Kyle Quinn found himself on the receiving end of this mass hysteria recently. After internet “sleuths” somehow decided he was a right-wing extremist who was photographed in Charlottesville marching in support of white supremacy, he was inundated with hateful messages on social media, where strangers demanded he be fired and posted his personal address online so people could go attack him. It was a case of mistaken identity, however, as the researcher was actually 1,000 miles away on the date in question. People have been whipped into a frenzy by the media and are all too willing to blindly turn the tables on the latest “racist” without even bothering to get their facts straight first.

The media is pushing the country toward a civil war

Where is all this headed? Mike Adams, the Health Ranger, believes an all-out civil war could be in the cards if things are allowed to continue in this way. In a commentary entitled “Mainstream media TRYING to start a WAR in America,” he laments how the left-wing media have lost their minds. He concedes that there are extremes on both sides of politics, but the media has been selective when it comes to reporting violence, only showing violence that comes from the right.

At the same time, he says the left is using censorship as a way to silence any conservative voices of reason. After all, the mainstream media stands to profit financially while also being able to promote their political agenda as more of these stories emerge, making it a win-win situation from their point of view.

Adams predicts that someone is going to open fire at some point, and it will be blamed on the right no matter who starts it. This could spur a type of civil war with open shootings on the streets of major cities, the National Guard stepping in, monuments being taken down, and protesters burning down white neighborhoods.

Thanks to the mainstream media, people are seeing hatred and racism everywhere, and confirmation bias reinforces this as they see evidence that confirms their hysteria everywhere they look.

It’s gotten so bad that some alt-left extremists defaced a gold statue of Joan of Arc in New Orleans, likely mistaking the depiction of the martyr and saint wearing armor and riding a horse for a Confederate War hero despite the fact that she existed decades before America was even discovered.

In another incident, news outlets showed pictures of a cross-like geometric pattern on a New York City subway that their twisted minds believe represents a Confederate flag. The tiles, it turns out, were meant to represent “the crossroads of the world,” but that won’t stop people from using it as evidence that America is full of racists. People are being poisoned by the media, and despite their claims of wanting to better the world, it is looking more and more like peace is the last thing on their mind.