Preppers take notice: Left is using “racism” and “bigotry” to justify starting the next civil war 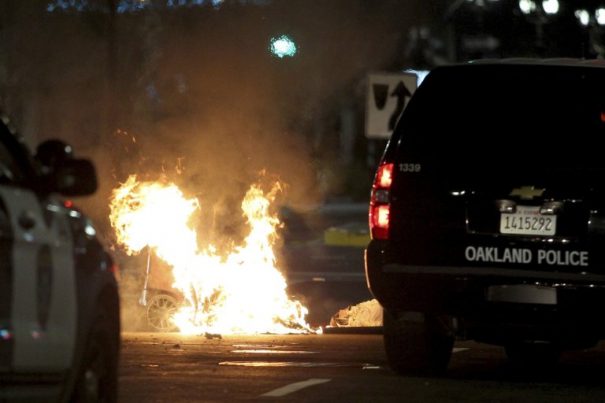 “He has given oxygen to racists,” Lemon, who is black and who — like his hero Barack Obama — sees “racism” in every comment, every act, and every breath Trump takes, told his smallish audience. “He hasn’t really said anything [to] denounce the alt-right… He is clearly trying to ignite a civil war in this country. He has not tamped down race.”

That is a flat-out lie and what’s more, Lemon, who can nominally be labeled a “journalist,” knows it.

He is, of course, referring to what happened in Charlottesville, Va., a couple of weeks ago, where indeed bona fide white supremacists showed up, armed, to protest the city’s decision to remove a statue memorial to commanding Confederate Gen. Robert E. Lee. [Never mind that the group had obtained a permit to be on the park’s grounds; never mind that Alt-Left thugs with Antifa, Black Lives Matter and similar Left-leaning groups also showed up, armed and without a permit, specifically to do battle with the neo-Nazis and anyone else who wasn’t a white supremacist but who nevertheless didn’t want the statue removed].

On that day after hearing reports of violence, Trump tweeted out that both sides needed to stop the hateful BS and that both sides were guilty of violence. And he said: “We agreed that the hate and the division must stop and must stop right now. We have to come together, as Americans, with love for our nation and true affection – really, and I say this so strongly – true affection for each other.”

Then on Monday after the Saturday violence, the president specifically criticized white supremacists, the KKK and neo-Nazis.

But none of that mattered then, and it still doesn’t matter — to the deranged Alt-Left, in the media, in Washington, and around the country: They have decreed Trump a racist bigot and have now begun to accuse every one of his supporters as being racist bigots as well, and as such, we are now targets of their violence. (Related: Mainstream Media Now “Normalizing” Left-Wing Violence, Absurdly Comparing It To World War II Soldiers Storming The Beaches Of Normandy.)

See how this is working? We are declared something the vast majority of us are not, and then based upon that arbitrary declaration the Left has further decreed that all violence against us, in the name of “democracy” and “fighting fascism” is legitimate.

So in other words, it is they who seek to start a new civil war in our country — not Trump or his supporters.

Alt-Left pretend journalists like Don Lemon have lied repeatedly since Trump took office to perpetuate the myth that he’s a racist bigot who does not deserve to be president and should never have been allowed to take the oath of office. These are presumptions based on their version of events, which do not match up to actual events. Not a single journalist puke who calls Trump racist can come up with one incident in which Trump purposely disparaged someone because of their heritage or color of skin.

And no, claiming to be concerned about a federal judge’s ruling because he’s Hispanic when you yourself have campaigned on a pledge to enforce immigration laws that are most often violated by Hispanics does not constitute “racism.” No, issuing a travel ban to people from countries rife with terrorism is not a “Muslim ban,” no matter how much you yell and scream that it is. But these are the phony examples the Left is using to justify their charges — and their violence.

The Left thinks it has found its “issue” justifying its earlier pledge to become “ungovernable”— Trump’s faux racism and bigotry. And they are going to use it in an attempt to destroy the civil society and institute their own authoritarian regime.

Some have been warning about this for months.

It’s time to prepare for that eventuality.