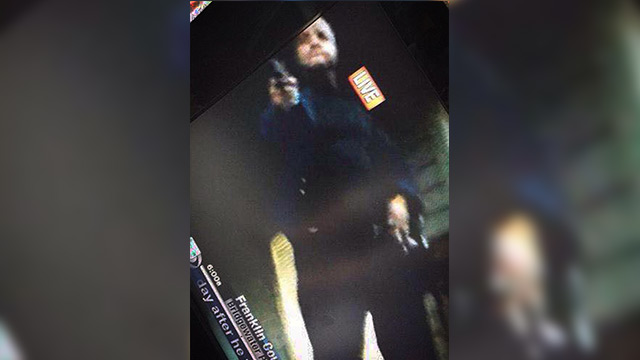 Over the last few weeks, a man who called himself Bryce Williams phoned ABC News, saying he had a story to pitch and that he wanted to fax information about the story.

He never told the news network what the story was about.

Then, on the morning of August 26, a fax was sent to the ABC News offices time-stamped at 8:26 a.m. – almost two hours after a local female reporter in Virginia, her cameraman and a woman being interviewed were shot on live television. The reporter, Alison Parker, 24, and her cameraman, Adam Ward, 27, died from their wounds.

Shortly after 10 a.m. the same morning, the man called again; he initially introduced himself as “Bryce” but then added that his legal name was Vester Lee Flanagan II. He confessed to shooting two people earlier. While on the phone, he said police are “after me,” and that they were “all over the place.” Then he hung up; ABC News immediately contacted authorities.

In the end, Flanagan would shoot himself as police closed in; he would die from his wounds.

Over the course of the morning, it was also learned that Flanagan videoed the murders as it happened, as seen here (WARNING: Very Graphic).

In a 23-page screed that he faxed to ABC News, Flanagan said his actions were motivated by his reaction to the racism of the recent shooting at a historically black church in Charleston, S.C., by a white supremacist.

“What sent me over the top was the church shooting. And my hollow point bullets have the victims’ initials on them.”

While it’s not clear whose initials he was referring to, he continues, “As for Dylann Roof? You (deleted)! You want a race war (deleted)? BRING IT THEN YOU WHITE …(deleted)!!!” He also said Jehovah spoke to him, telling him to act.

Also, in his often-rambling letter, he said:

— He was often targeted for racial discrimination because he is black;

— he was additionally targeted for being a gay black man; and

— he was attacked by both black men and white women.

And of course, the mainstream media is dutifully reporting all of this, verbatim (with the exception of the obscenities).

Missing from the MSM’s coverage are several factors that, had situations been reversed, would have been covered ad nauseum:

— Had this horrific shooting involved a white male shooting unarmed black victims, the MSM focus would have primarily been on racism, alright, but not claims of racism by the murderer. The MSM is dutifully reporting Flanagan’s charges without having talked with a single person he worked with, to verify – or disprove – his claims. Because he is black – and a gay black man, at that (two “protected classes” of the liberal mainstream media), these questions are not even on anyone’s radar in the MSM. And for the record, it’s not that we disapprove of homosexuality or that we don’t think racism exists; what we dislike is the lack of equal treatment of shooting victims and objectivity in the MSM.

— As is always the case, there is no mention by the MSM of the connection – now admitted by a former Centers for Disease Control and Prevention scientist
– between MMR vaccines and increased rates of autism
in African Americans, especially African-American males. There is no reason to believe that other mental health effects could not occur due to MMR vaccination.

— In addition,
the MSM continues to deny that mercury remains an ingredient in some vaccines. Regarding Flanagan’s self-avowed sexuality and the mercury connection, there is some scientific evidence to suggest that mercury poisoning can influence a person’s sexual preference or orientation. Furthermore, mercury has also been linked to long-term, possibly irreversible mental health effects such as aggression, depression, violence, mood swings, irritability, schizophrenia, hallucinations, insomnia, autism and other neurological changes.

— Finally, Flanagan’s mention of a “race war” is disturbing not just for what it would portend for civil society, but because it appears as though it could be some hidden, unspoken agenda within the MSM and even the Obama Administration. Racialists in the White House and the federal bureaucracy – including the president himself – have used every race-related incident to foment more hate, more division and more violence, and the MSM has dutifully hyped each incident as well, without balance and without conviction.

Another outrageous, sad and horrendous murder has been committed by someone who was obviously filled with hate and rage, and quite possibly for preventable reasons. Given the MSM’s handling of past incidents, however, it doesn’t appear as though the coverage will be even remotely similar, let alone honest.