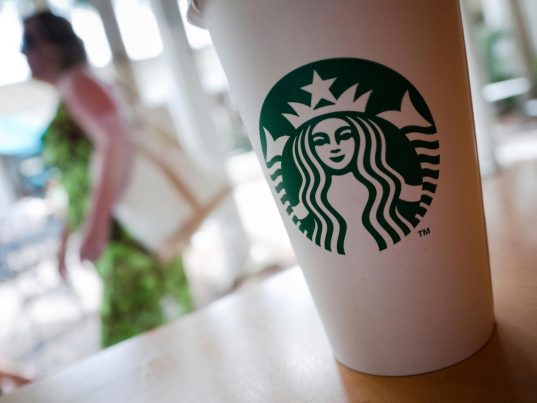 Our pop culture generally associates the Starbucks coffee franchise with Left-wing Seattle-like hipsters who are tolerant, diverse, and inclusive, so imagine our shock when we learned that one of the most overt acts of racism in recent memory just occurred at a Starbucks franchise.

As noted by The Daily Wire, the CEO of Starbucks, Kevin Johnson, was forced last week to issue a huge apology and mea culpa after a disturbing video of a race-based incident at a Philadelphia Starbucks store went viral.

In a video posted to Twitter by a woman who was witness to the travesty, police are speaking to a pair of black men the woman says were just sitting inside the shop while they were waiting for a third person before ordering their coffee. The interaction ends with the two men being arrested.

The witness, author Melissa DePino, told media that the men were sitting and chatting at a table for less than 15 minutes before employees of the store called the police. While both of the men left the store peacefully and without incident, they were nevertheless escorted out in handcuffs. DePino said their friend had arrived at about the same time police did.

“@Starbucks The police were called because these men hadn’t ordered anything. They were waiting for a friend to show up, who did as they were taken out in handcuffs for doing nothing. All the other white ppl are wondering why it’s never happened to us when we do the same thing,” DePino tweeted, adding later that she heard they were not released until 1:30 a.m. She said they were real estate brokers and were at Starbucks to meet a family friend.

One white man can be seen in the video questioning a police officer about what the men were accused of doing.

@Starbucks The police were called because these men hadn’t ordered anything. They were waiting for a friend to show up, who did as they were taken out in handcuffs for doing nothing. All the other white ppl are wondering why it’s never happened to us when we do the same thing. pic.twitter.com/0U4Pzs55Ci

DePino says there is no more to the story, even though, she says, a number of people have asked to elaborate on how the men were dressed, and how they were acting, on the presumption that two black men could not have been arrested for simply sitting in a Starbucks.

As you can see in the video, the two men appear to be very casually dressed, perhaps even wearing sweat pants and shirts. But that shouldn’t matter.

The account DePino provided appears to be borne out by other witnesses. “The video, in this case, essentially speaks for itself,” one woman told CBS Philadelphia, according to The Daily Wire. “These guys were doing what people do every day, they were having a meeting and they were undoubtedly singled out because of their race.”

It certainly appears that way.

The same woman said that she tried to question police officers as they left the premises with the two “suspects,” but did not get a straight answer. One officer says in the video that they were “investigating” the matter.

As for the Starbucks Coffee franchise, the corporation tweeted, “We’re reviewing the incident with our partners, law enforcement and customers to determine what took place and led to this unfortunate result.”

However, the investigation very rapidly turned into an apology. In a statement late Saturday, Johnson expressed his “deepest apologies” over the matter, listing three things the company is doing.

“First, to once again express our deepest apologies to the two men who were arrested with a goal of doing whatever we can to make things right. Second, to let you know of our plans to investigate the pertinent facts and make any necessary changes to our practices that would help prevent such an occurrence from ever happening again. And third, to reassure you that Starbucks stands firmly against discrimination or racial profiling.”

Police, meanwhile, said the two men were “trespassing” because they had asked to use the bathroom but had not bought anything.

Oh. So much for liberal “tolerance.”

The Daily Wire reported further that progressives are planning an all-out boycott of the franchise.

See more of this ridiculousness at Libtards.news.

J.D. Heyes is also editor-in-chief of The National Sentinel. 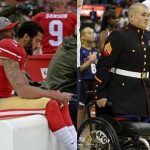 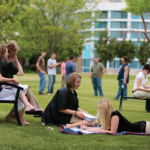 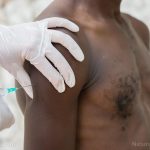 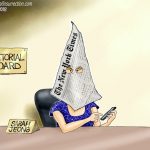 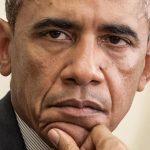